Until now, using WhatsApp web on your desktop or any other device has required having a phone that’s powered on and connected, but a new beta test is trying out support for multiple devices without needing a phone in the mix. In a June interview, WhatsApp head Will Cathcart and his boss, Facebook CEO Mark Zuckerberg, commented on the technical challenge of maintaining end-to-end encryption. With a blog post today, Cathcart explains more about what has been done behind the scenes to maintain security. 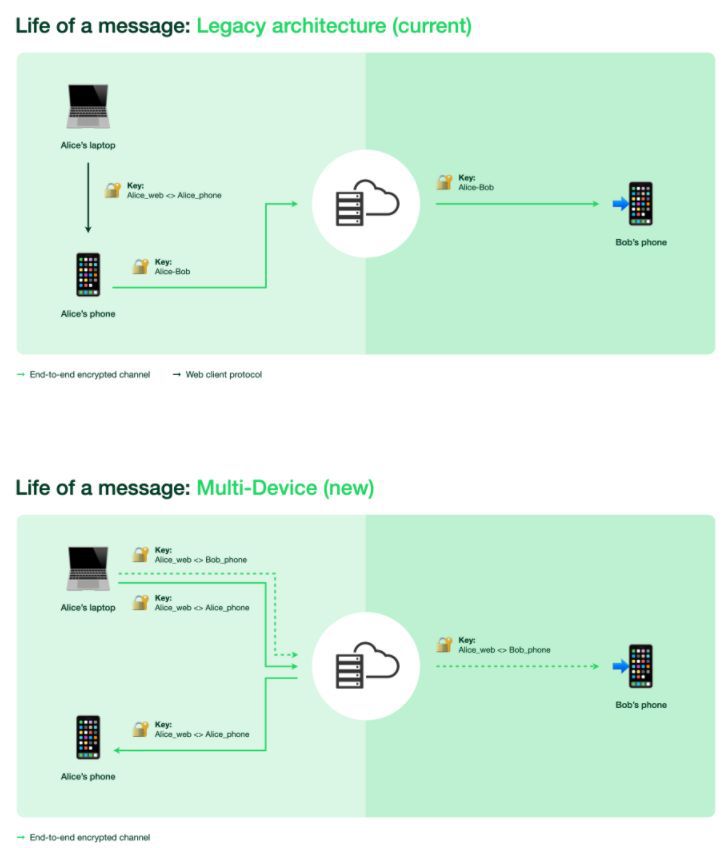 As the image comparing the legacy and new systems (above) tries to explain, previously, a user’s phone managed the key determining their identity and ability to encrypt/decrypt messages. The encrypted synchronization also applies to message history, contact names, and other data, with keys maintained on the individual devices.

To start, the beta is going out to a limited group of testers who are already in WhatsApp’s beta program, while the team says it’s working on improving performance and adding more features…Read more>>

Several million people are getting a new $600 stimulus payment next month. Before you get

END_OF_DOCUMENT_TOKEN_TO_BE_REPLACED

Amazon Prime Day may be wrapping up for the year, but if you act fast