WhatsApp is inching closer towards rolling out dark mode for iOS.

Users participating in the app’s TestFlight beta program have spotted the feature in the latest testing notes, MacRumors reports. This confirms the setting should soon appear on iPhone and iPad devices. 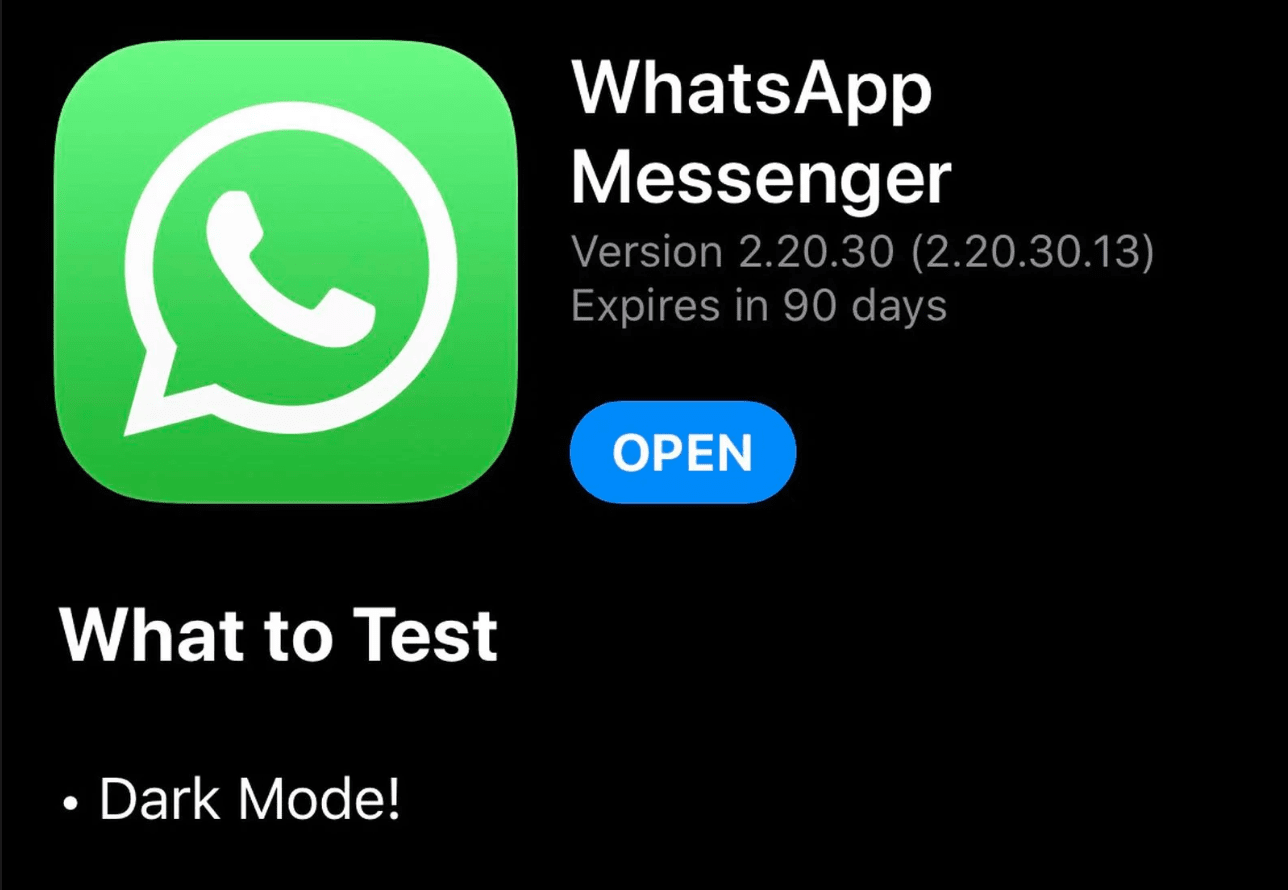 Considering WhatsApp had already pushed dark mode in beta versions of Android, it was only a matter of time before the setting arrived for iOS users too.

Unfortunately, there’s no telling exactly when dark mode for iOS will make its way to the official WhatsApp releases. Hang in there, it shouldn’t take too long.

By the way, if you’re really obsessed with dark mode, you might wanna know there’s also a way to enable it on WhatsApp Web (even though it’s more of a workaround, than an official Facebook solution).