In the battle to retain more drivers, Lyft has announced a new effort to help its freelance workers better manage their finances. The ride-hail (and soon-to-be publicly traded) company unveiled a broad set of new economic incentives for drivers, including no-fee bank accounts, debit cards, vehicle maintenance, and deals on rental cars. Lyft will also be opening a series of brick-and-mortar repair centers across the country where drivers can get discounts on maintenance and car washes.

It’s a way for Lyft to help drivers save money without actually increasing fares (which could drive down demand) or decreasing the percentage of each payment Lyft takes for itself (which would reduce its revenue). And like most driver-focused announcements from ride-hail companies, it’s intended to encourage drivers to quit app-switching and just pick a side.

“Our primary aim,” said Jon McNeill, Lyft’s chief operating officer, “is to increase [driver] pay and for us to become the platform of choice for drivers.”

The fight to retain drivers is getting expensive. Last year, Uber introduced a rewards program for drivers called Uber Pro, which rewards high customer ratings and low cancellation rates with perks like cash back on fuel purchases, discounts on vehicle maintenance, and free 24/7 roadside assistance.

McNeill dismissed Uber Pro as a “gimmick” that stratifies drivers into different categories and then rewards high-performers. With Lyft’s program, “it’s not like there are hurdles for you to increase your earnings,” he said. 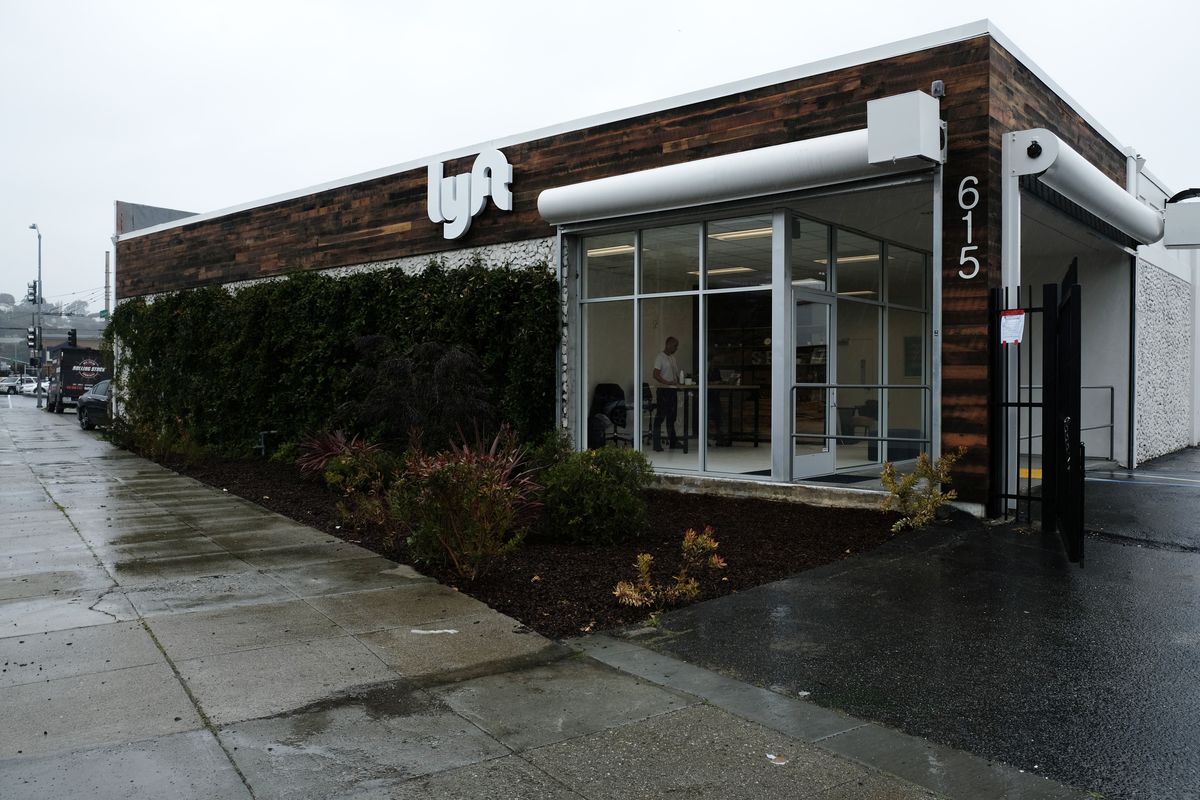 To be clear, “increase driver pay” doesn’t mean increasing fares, but rather a Lyft-branded debit card with 4 percent cash back on restaurant purchases, 2 percent on gas, and 1 percent on groceries. Drivers can also “instantly access their earnings” through an “online bank account designed for their needs.” There will be no monthly fees and no minimum account balances or maintenance fees. Lyft is working with Oklahoma-based Stride Bank on this program.

Lyft is calling the whole package — no-fee bank accounts and debit cards, discounts for rental cars, and brick-and-mortar service centers — “Lyft Driver Services.” And it’s not entirely new, either. Lyft already offers rental car discounts to drivers under the banner of its “Express Drive” program. That program allows drivers who don’t have access to a vehicle or who don’t wish to use their own to rent one through Lyft’s partnership with Hertz.

Last year, Lyft announced that it would spend $100 million to build a network of driver “hubs” where drivers can get low-cost oil changes, basic maintenance on their vehicles, and car washes. Since then, Lyft has opened a number of driver hubs but none with the vehicle maintenance and repair services that were initially promised. Instead, the hubs have served as a place where drivers can get tax help, vehicle approval, and basic questions answered. Fifteen hubs were opened since last year’s announcement, a spokesperson confirmed.

McNeill said those hubs will now “evolve” into “driver centers” where drivers can access a range of services, including car rentals and vehicle maintenance. The first one opens today in San Francisco; additional service centers are expected to open later this fall, the spokesperson said.

In filing to go public recently, Lyft revealed a lot about the inner workings of its business, most of which amounts to a lot of red ink. The company, which hopes to raise up to $2 billion in its IPO, said it lost $911 million last year. That will likely soon be eclipsed by Uber, which has been losing about $800 million a quarter for a number of years.

Much of those losses are tied to incentives for drivers. Both companies are locked in a struggle over drivers, who will routinely switch between ride-hailing apps based on demand. Lyft reported spending $1.3 billion on marketing and incentives for drivers and riders in 2018, which averages out to more than $2 per ride.

As it inches closer to its IPO, Lyft is ratcheting up its spending in the hopes of impressing investors. The company said recently that it would give some of its drivers cash bonuses with the intent that those drivers would then be able to use the cash to purchase stock during the IPO. (Uber is doing this, too.) Those bonuses are now starting to get handed out, McNeill said.

That message gets muddled, though, when you take into account Lyft’s recent efforts to fight the implementation of a new driver wage law in New York City. Lyft sued to block the law, which would mandate the wage floor of over $17 per hour after expenses for drivers. The company, which argued the law would hand an unfair advantage to Uber, recently lost a bid to temporarily halt the wage hike.

Labor groups have accused Lyft of trying to impose “poverty wages” on drivers. But McNeill said today’s announcement is an example of what the company can do to help drivers stay financially solvent.

“Raising prices doesn’t occur in a vacuum,” he said. “We don’t set the price, the customer sets the price in terms of what they’re willing to pay for a ride. We feel like we really need to concentrate on what was under our control, which was how we can help drivers save on costs because that is another path to increasing their take-home pay.”