Form 1040 is the U.S. individual income tax return – and the new draft is a peek into what taxpayers are likely to be using during next year’s filing season.

The form is still less than one page – which was what the Trump administration had promised in order to simplify the filing process.

The draft is an early version and will be subject to a review and comment period, so the agency said the draft will likely change before it is finalized. Another draft will be issued later this summer. 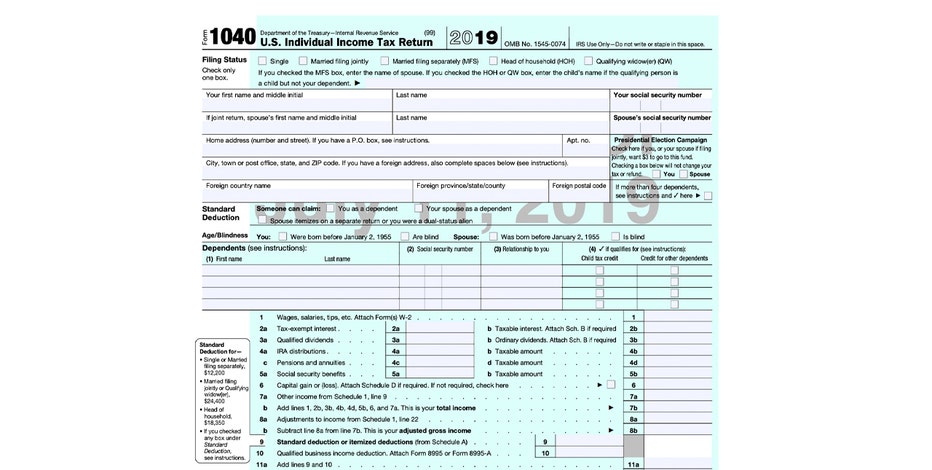 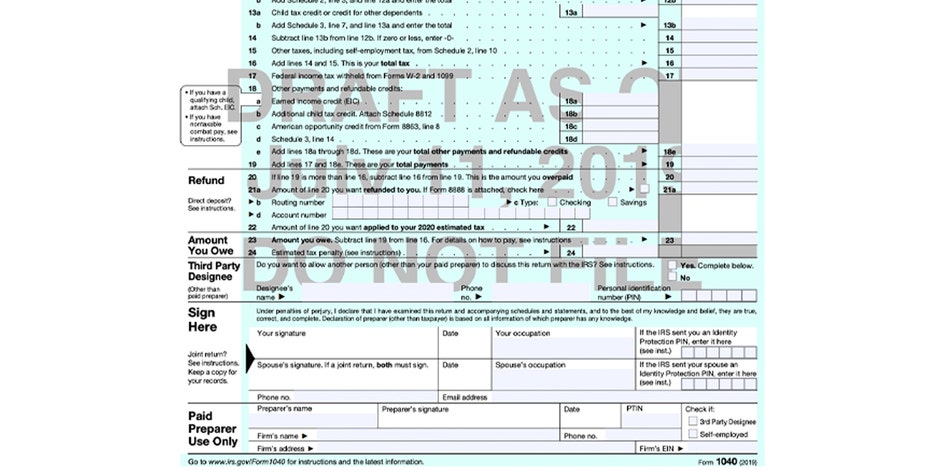 “At least you can get back to tax planning – comparing this year to last year,” Slott said. “Now … you have something to compare ‘19 to ‘18 that looks similar.”

Slott noted a lot of last year’s projections were “way off base” because people were comparing forms between tax years where the laws were completely different.

He mentioned one of the big changes is that the signature was moved to the second page, underneath where filers say whether they expect a refund or to owe a certain amount.

Another one of the main changes is that the part of the form where taxpayers summarize their income has been reattached to the front page.

Slott also noted that some of the lines have changed, including the places where people claim certain tax credits.

Last tax season, the Trump administration issued a “simplified” version of the tax document – which it publicly noted would be the size of a postcard. While the form was less than one page, it came with several additional schedules that many taxpayers were required to fill out and attach to the main form.

National Taxpayer Advocate Nina Olson expressed concern during this past tax season that the 1040 would cause “additional complexity and hassle” for both taxpayers and preparers. She noted there had been a 200 percent increase in errors on tax forms in 2019, when compared with 2018.