Instagram has added a feature which lets you sort through the accounts that you’re following by “Most shown in feed” and “Least interacted with.” From there, users can manage their follow status and notifications, or mute an account.

“Instagram is really about bringing you closer to the people and things you care about — but we know that over time, your interests and relationships can evolve and change,” the company says. “Whether you graduate, move to a new city, or become obsessed with a new interest and find a community, we want to make it easier to manage the accounts you follow on Instagram so that they best represent your current connections and interests.” 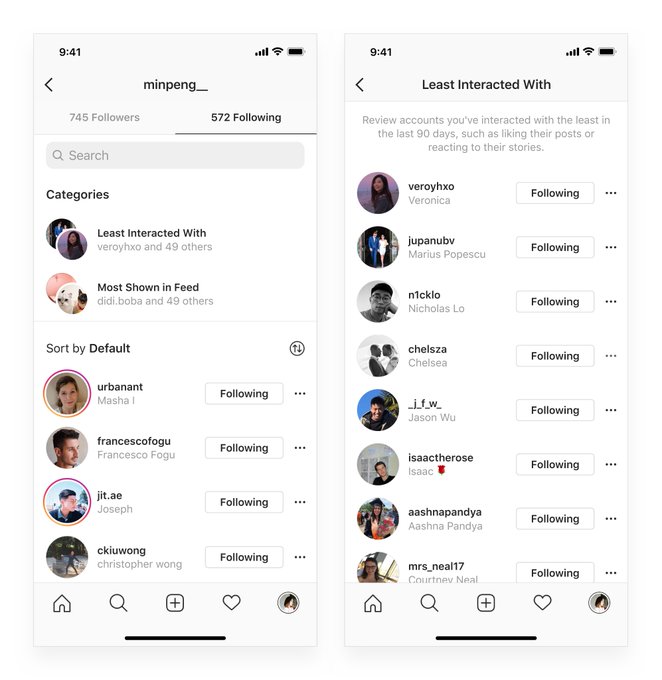 The feature is pretty useful if you’re looking to cut down on your following count, and curate your Instagram scrolling experience. Instagram also recently added the ability to sort your following list from earliest to latest followed, which should be a fun (or horrifying) look back at the relationships you’ve stopped cultivating and a reminder of the people you no longer talk to anymore.

Personally, I was surprised to see that my “Most shown in feed” list was a bunch of brand accounts and not my actual friends. “Least interacted with” was more predictable, a list of K-pop stars and celebrities whose posts I wouldn’t necessarily hit “Like” on.

The update is rolling out now; if it doesn’t show up for you, try force closing the app and restarting. The feature may be slower coming to Android phones, based on the experience of Verge staffers with Android devices who reported that it hadn’t shown up yet.

Well, if we look around, we will find that video contents are on the rise.