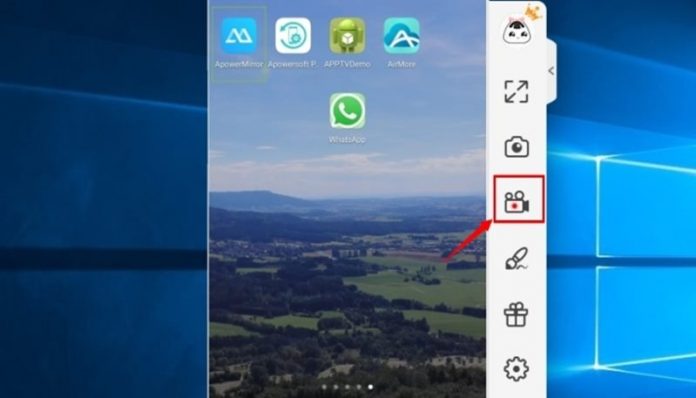 Let’s have a look at 2 Ways to Record Video Calls on WhatsApp and Facebook that will help you to easily retain those precious memories with you. So have a look at complete guide discussed below to proceed.

ideo calling is something that makes the two persons or even the groups feel like if they are carrying forward the conversation in a realistic way. The moment when the video calling is done the people talking part ion it usually shows really interesting actions and the talks, could even go emotional, and all this varies with every other video call. Everyone knows that the video call is the transfer of the live video from the camera of the device to another live person on the next edge. The Video calls if could be saved might help to gather the joy of experience that is collected during the talks and hence gets enabled to feel the same after some time too. By default, the WhatsApp, as well as Facebook, does not provide the function to save the video calls that are happened inside them. Fortunately, there is some method available right now through which the video calls could be easily saved on the WhatsApp or on the Facebook. Here in this article, we have written about this preferred method, if anyone of you is interested to know about the method then please go and read this full post. Thoughroly read the post and learn the exact method to record video calls!

2 Ways to Record Video Calls on WhatsApp and Facebook

There are actually two different screen recorder apps that help to record the video out of the screen while the Video call is ongoing. Let’s check about those two best apps we chose for the purpose.

Screen Recorder & Video Editor: This is the finest screen recorder app that we loved to list on this article. The reason is simple, it is highly portable and the users can access it through the floating icon on the screen. On taping the floating icon various options arise on the screen and through the options, you can either start or pause the recording of the video on the screen. The sound would also be recorded with the video if it exists. Now you have to notice that whatever you see on the screen will be recorded same as it is through this app. You can utilize this app to record the video calls from any app!

This is simply a screen recorder app that is capable of recording the screenplay and we chose this app because there is no need for root access to make this app work. The users simply need to pull the notification bar and from the controls placed there just run or pause the recording. Install this app on your device and you can use it with Whatsapp, Facebook, and even the all other available apps for the screen recording purposes. Clear sound is also captured for each of the frames and you would never need an extra source for this purpose. Everything you see on the display the accurate clone for that should be recorded.

Video calls can be interesting and if you could be able to record the moments hidden inside the video calls then it might become your lifetime memories too. Yet there is no way there inside the Whatsapp and the Facebook through which the video calls could be recorded but through using the above method explained in this post, you should be able to do so easily. We hope that you would be able to perform the designated task from the method being explained. Please like and share this post and even write your valuable thoughts regarding it through the comments section below!